Drawing to a Close | OctPoWriMo Day 29

Every new beginning comes from some other beginning's end. ~Seneca 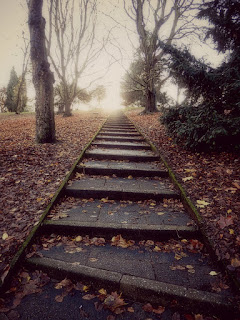 I think this will be my final post for this month. I'm a bit sad that the month is drawing to a close. It feels like October just began to me. But all good things must end. In honor of the approaching end, let's write a poem about endings. Think about an ending that's happened in your life, and talk about the positive aspects of it. We always talk about endings in negative terms, but there's definitely occasions where the end was needed. Like when you quit the job that made you cry every morning, or you stopped smoking. Be bold and write beautifully fellow poets!

Tamara Woods was raised (fairly happily) in West Virginia where she began penning poems after a boy broke her heart. She shares poetry, short stories and writer interviews on her blog, PenPaperPad. Her writing has been featured in Mamalode, In the Powder Room, and many others. She is the editor for The Reverie Journal, which released its first poetry collection early October. She also hosts #writestuff TweetChat where writers talk about writing every Tuesday at 9 pm EST. She is a hillbilly hermit living in Honolulu with her Mathmagician.
Posted by Morgan Dragonwillow at 12:18 AM