Poetry Prompt 4 | Do you believe in magic? 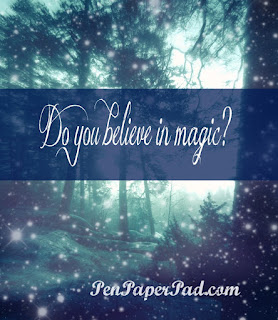 It's Day 4 of OctPoWriMo! How has your writing been going so far?

You're probably getting ready to start your work week today, but let's not think about that. I wanted to concentrate on something fun. Obscure. Fantasy.

Magic.
Take the time to write a poem featuring magic. It could be the Harry Potter fame with wands and He-Who-Shall-Not-Be-Named. Or it could be the things that you find so beautiful, so wonderful that they feel like magic when you observe them. Have fun with it!

Sentence starters:
With a flick of the wrist...
When I started to...

Remember, the prompt is only a suggestion.

Tamara Woods was raised (fairly happily) in West Virginia where she began penning poems after a boy broke her heart. She shares poetry, short stories and writer interviews on her blog, PenPaperPad. Her writing has been featured in Mamalode, In the Powder Room, and many others. She is the editor for The Reverie Journal, which will be releasing its first poetry collection early October. She also hosts #writestuff TweetChat where writers talk about writing every Tuesday at 9 pm EST. She is a hillbilly hermit living in Honolulu with her Mathmagician.