Poetry Writing Prompt 15: Sharing Your Passion for Poetry with Those You Cherish 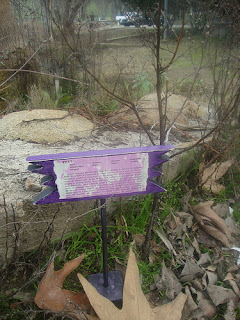 “Genuine poetry can communicate before it is understood. “
T. S. Eliot
“Poetry is the primal literary art form, the oldest and arguably the most supple.”
Willard Spiegelman
My father once told me he didn’t like poetry. It was too complicated, he said. He could never figure out what it meant. I get angry at those literature teachers who shut down the young minds who show up in their classes, like the “mathematical poetry text book” I remember so clearly from The Dead Poet’s Society that showed the students how to graphically declare the quality of a poem.
Naturally this made me quite sad. This was my Dad’s declaration and I, his younger daughter, am a poet!
I wanted to be sure he could read and understand my poetry or rather anyone’s poetry.
Who is the person in your life who you want to understand your poetry or your passion for poetry?
What would you write about to interest him or her?
For my father, it was to write of train whistles and his father. All seven Jordan Boys worked on the railroad. I equate the love of railroad with my father and his father and all the Jordan Uncles. I was working on a sonnet – playing with form like I always do – and I asked for my father’s input.
“How might Grandpa describe this?” I asked him. I needed a two syllable word.
I thought “wretched” was a good thought. He wrote back, “I don’t know if he would use ‘wretched’. He might instead use something like “tiring” or “endless”.
Even though he didn’t think he understood poetry, when I sent him that sonnet about his father, he shared it with his sisters so that when they were all together, whenever they heard a train whistle – which was every day, one of them would recite lines from my poem.
They understood. They welcomed more poetry even when before they "didn't understand".
Prompt:  Write a poem for someone who would not expect you to write a poem especially for them. Think of a concept or theme which would grab that person’s attention like I chose Train and my Grandfather.
Write a simple poem including word pictures and other sensory descriptions.
This is not the time to write an esoteric poem filled with jargon, this is the time to write down to earth words that communicate your love for both words and for the person receiving your poetry.
Word Prompt: The name of the person you are writing for today.
Sentence Prompt: “When I hear” (or see or feel or taste or touch or smell) object of your person’s interest… I…..
You may want to take a couple tries at this poem, perhaps eliminating yourself from the poem and only leaving your loved one and the object, concept or theme that compels them AND compelled you to write this exact poem.
Now, watch this:
Posted by Morgan Dragonwillow at 12:00 AM